The first manchester jazz festival took place in the summer of 1996. With some financial help from Manchester City Council, a brewery, the Musicians Union and the music department of what was then the North West Arts Board, we put together a programme of nine bands, a DJ, off-stage activities and some enthusiastic beer sampling.

What we hadn’t planned for was having to pull the entire event when the 1996 bomb went off and the city centre had to be evacuated. Undeterred, we re-staged the event several months later with the same line-up. The event was a huge success and we quickly realised there was a need for the festival to become a regular occurrence.

By 2000, we were commissioning our first major work for the festival, New Futures by Richard Iles. Our goal had been to provide a platform for composers and players to realise ambitious projects and help raise their profile in doing so. We developed this into mjf originals – the UK’s first open jazz commission – and it’s still a cherished part of the festival every year.

To mark the 2002 Commonwealth Games in Manchester, we ran an international exchange programme as part of cultural events in the run-up to the games. This sparked our ongoing international strand, which today presents UK debut performances from many international artists each year. 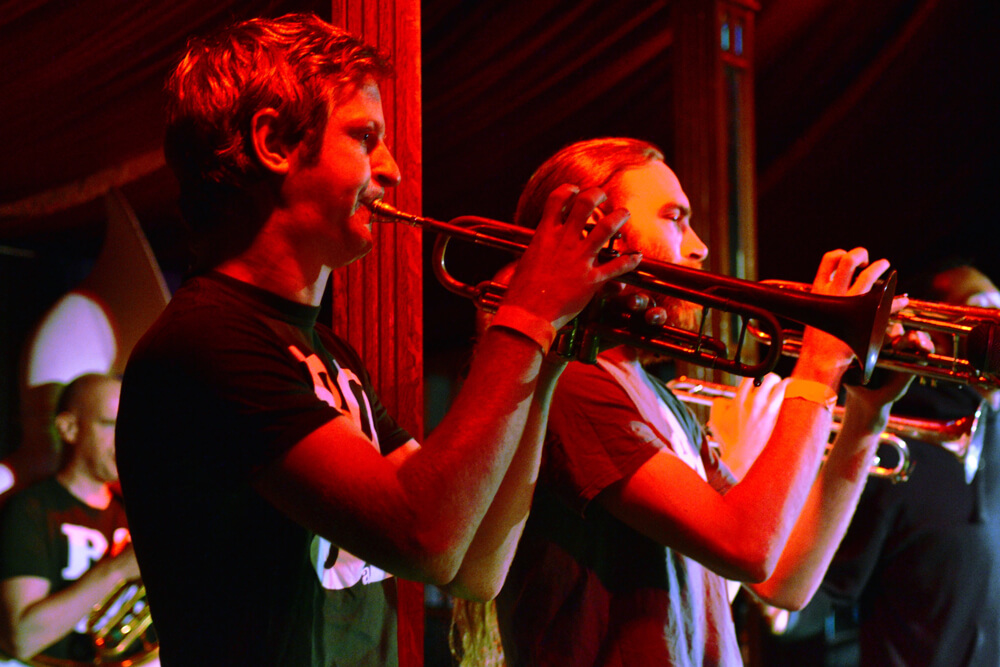 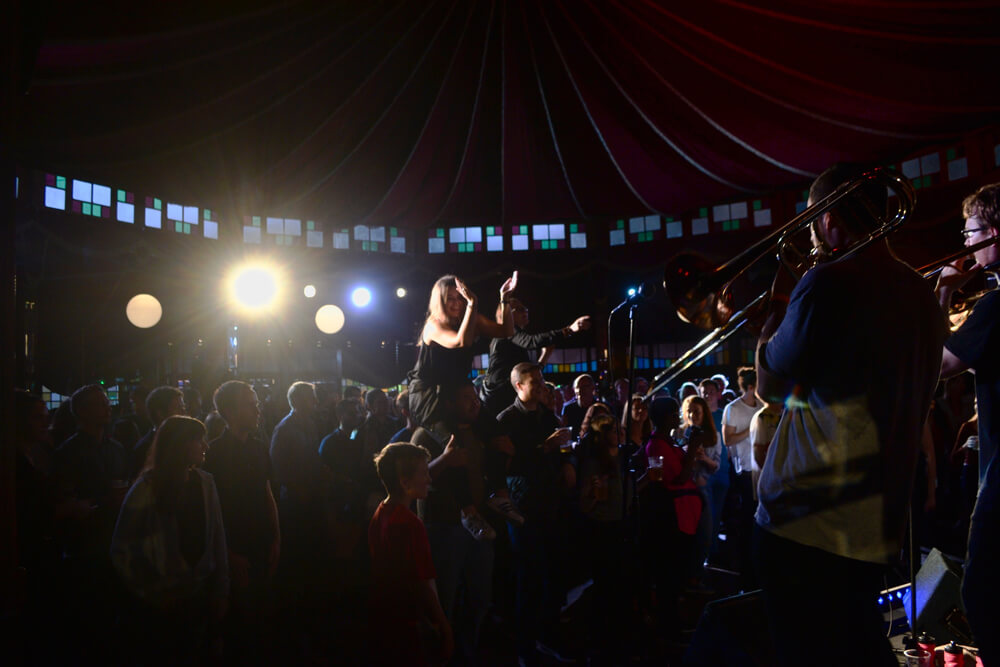 2005 marked our tenth festival. To celebrate this milestone, we commissioned four very special pieces of work from regional composers to premiere at the festival. They sparked national attention and sell-out crowds. We were also overjoyed that BBC Radio 3 chose to broadcast their then flagship contemporary jazz programme Jazz on 3 live from the launch night. We presented a sleepless nine days of non-stop jazz, in what was widely recognised as our biggest and best festival up until that point.

By 2013, we were the longest-running music festival in Manchester, we’d commissioned 15 major new works and were attracting over 50,000 people passing through the festival site each year.

As we turned the corner into our 20th festival year in 2015, we marked that milestone with a host of special anniversary projects which celebrated the achievements we’d made together with our artists, audiences, volunteers, staff and trustees, mjf friends and sponsors.

In 2016 we were the proud recipients of the Europe Jazz Network’s Award for Adventurous Programming – the first and only UK recipient of this prestigious accolade. We also became one of the PRS Foundation’s Talent Development Partners.

In 2017, the festival continued to grow and we welcomed a venue to Albert Square to match our boundary-pushing programme – the infamous 1920s Speigeltent, The Salon Perdu.

We are incredibly proud to be the first UK jazz festival to join the Keychange pledge in 2018. This initiative strives for a 50/50 gender balance in the music industry by 2022 – a figure we’d already achieved in our festival programming since 1996, but continue to champion to this day.

2018 also saw the launch of our artist development programme, with the first round of our pioneering hothouse scheme, resolving to build a stronger and more diverse northern artist-base for producing new work. Now in its 7th round, the scheme has become a celebrated, sought-after experience that has changed the lives and careers of countless music-makers, including Lara Jones, Liam de Tar, Thanda Gumede and Jemma Freese.

In 2019 we launched the second of our artist development programmes: Soundcheck, for Greater Mancunians aged 18-25 who are new to improvisation.

2019 also saw us leave our Albert Square home due to the long-term renovations to Manchester’s Town Hall and the surrounding square. We returned to our early home in St Ann’s Square and changed the festival format, embracing more venues to make mjf more of a city-wide event.

This change was short-lived however, and shortly after announcing plans for celebrating our 25th anniversary festival in 2020, the world was devastated by the impact of the Covid-19 pandemic, and the shocking and tragic murder of George Floyd. Already reeling from the negative impact of Brexit on artist mobility and international collaboration, these events continue to send shock waves through our lives.

We quickly re-invented the 25th festival in partnership with United We Stream and Jazz North, to combine online content that celebrated our milestone with the first live performances (albeit without an audience) during lockdown.

Cultural practitioners of course responded with resilience and creativity, despite livelihoods being decimated overnight. One initiative to come out of this challenging period was Black Lives in Music, of which mjf became a proud Founder Member, helping us to bring about internal and external change and to champion diversity on and off our stages.

We followed with a series of mjf digital originals commissions and Fantasy Festival podcasts, and partnered with Escape to Freight Island in 2021 – still during lockdown – to present Manchester’s first festival with a live audience in 15 months.

2022 continues to bring challenging world events that impact us all – but in the face of these challenges, we return to the live arena with determination and positivity, and with festival partners who will help us celebrate once more the unifying power of live music.

Amidst these challenges and achievements, inspiring ideas, exciting young players and new listeners continue to grow, making mjf what it is: a place for artists to find themselves, and for audiences to lose themselves.